I recently saw a very interesting TV show in Japan about a new trend in education. Shibushi city, Kagoshima prefecture, on Japan’s large southern island of Kyushu, is home to a very progressive preschool. Tori Yama preschool is gaining fame throughout Japan. Its students, mostly three and four years old and sometimes referred to as “Superkids” perform at levels two or three years more advanced then they are. What’s the secret to their success? It’s Tori Yama’s unique curriculum and the four switches.

The founder and principal of the school, Yoshifumi Yokomine is brother to Yoshiro Yokomine, a member of the Japanese Diet, and more importantly, uncle to Sakura Yokomine, Japan’s highest paid professional, female golfer. Yoshifumi Yokomine, now 58 years old, opened the school when he was 29. At that time he hired good teachers and started with a standard preschool curriculum. However, one day he noticed the children were lethargic during the morning calisthenics and singing the school anthem. They looked bored and uninterested. They lacked enthusiasm and their eyes were dull. This led him to make sweeping changes in the schools daily schedule. He wanted to motivate students and find what they were interested in. He put more emphasis on exercise and excursions to the local mountains and rivers. In addition, be began developing a whole series of activity workbooks for reading, writing, and math.

When students arrive, before they do anything else, they run laps and races in the school yard for about 20 minutes or so. This is to get the blood flowing to their little brains and to wake them up and improve concentration. Students at Tori Yama get about 20 times more exercise than other preschools.

Students work in their practice books, 20 minutes reading, 20 minutes writing, and 20 minutes math. They work mostly silently with the teacher acting as a monitor. Also, students work at their own pace; working in a book of appropriate level and only move on when they are ready. Students read approximately 1500 books during their time there.

Students have a rigorous schedule focusing on gymnastics style exercise. They jump over hurdles, do one arm somersaults, and even aerials. They bend over backwards into the bridge position and have races on their hands and feet. It looks like something out of the exorcist. It’s all very competitive and if students fail, they must go back and repeat it until they’ve mastered that particular skill.

All children have a Melodica, or blow-organ, a small keyboard with a tube you blow into to make music. They follow the teacher or a pre-recorded DVD and play songs completely by ear. They learn to play about 80 different songs, all without ever reading music!

Students are expected to concentrate while eating. They eat silently and quickly and finish everything. They use a lot of energy in the morning sessions, so they eat a lot.

Until they go home,students are allowed to play and work on any skills they choose. 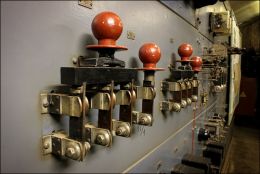 
Over the years, Mr. Yokomine came to recognize that children have four switches that motivate them to learn. If teachers can “switch” them on, kids will have more fun, learn naturally, and progress faster.

Children are naturally competitive. This is especially true in athletics. Recently in Japan, as well as America, schools de-emphasize competition as not alienate or make students feel bad if they don’t succeed, but this can be a great motivator. True, there are tears and frustration when a child can’t achieve a goal, but used effectively it can make them try harder. I saw kids panting hard with fire in their eyes, waiting for their next chance at doing a somersault or jump. Then they have an even greater sense of accomplishment and self-confidence when they do reach that goal.

Young children are natural mimics. They can’t think logically yet, but they copy what they see and hear. This is apparent in the music lessons. Children have the innate ability to listen to and differentiate notes. Students are blindfolded and listen to a series of notes and can tell you the names on the do-re-mi scale and then play the notes on their Melodicas all without reading music. If students are consistently given good models, they will naturally acquire knowledge. This is also how children acquire language.

To keep students motivated, activities and materials should be of an appropriate level. It should be just a little bit difficult and challenging. If materials are too difficult, they will become discouraged and give up. If they are too easy, students will become bored. At Tori Yama, they have an array of graded workbooks with each student working at an appropriately challenging level and at their own pace. They also teach writing Japanese characters in a specially developed order, starting with simple Kanji, then Katakana with angular, straight lines, then finally Hiragana with more curved lines.

Students at Tori Yama are constantly being given feedback and a realistic assessment of their performance. In every race, students know who was first, second, and third. In writing practice, students have a notebook, where the teacher writes down which books they studied and how well they did. Students clearly understand their performance in relation to others and their own progress.

These four switches can be used effectively by educators to motivate students to learn, not just for preschools, but students of any age. Tori yama’s students, on average score two or three years higher in many skills, equivalent to a first or second grade elementary school student. This unique approach has caught the attention of educators nationwide in Japan. Now, over 113 preschools have implemented similar programs. The principal, Yoshifumi Yokomine has written a series of books on the success of Tori Yama and his philosophy. He gives lectures and holds seminars for teachers wanting to learn more and he has been a guest and the focus of discussion on several popular TV shows. According to Mr. Yokomine, all children are geniuses. You just have to find the genius in them and open up their potential.

Hello, I'm so happy with your blog site, it contains all the matter with regards to preschol Good luck to you and your well performed job. Thanks for keeping us updated with the latest information for preschool.
Top Playschool Franchisee,
Preschool,
Top Pre Primary Education In India

Thanks for sharing Interesting post.Great job!! You have a nice blog for Preschool . I will be back alot Good luck with all you do!
Regards
Pre-School education. 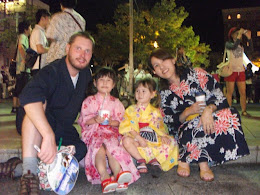